With the new season underway, the Welford Road game was definitely an exciting preview of what the new season might hold in store for the game enthusiasts. Many feel that if the other games are played in a thrilling way as this game, there would not be much to complain about, no matter which side wins. END_OF_DOCUMENT_TOKEN_TO_BE_REPLACED 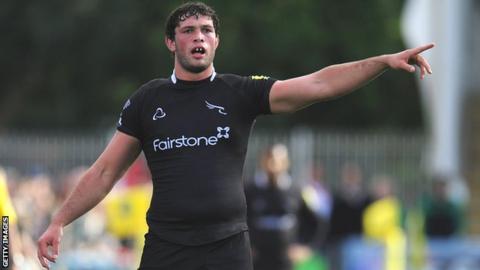 Dom Barrow plays in second row for the team. He is known to have an intensity in his games that is infectious. The director of rugby for the team thinks that, if every member would have his attitude, the whole team would perform better. He was a lock forward, 23 years of age, when he was signed on for Leicester Tigers from Newcastle. Since the coming of Barrow into the team last summer the team has definitely been playing better. END_OF_DOCUMENT_TOKEN_TO_BE_REPLACED For Sir John, it is definitely a great opportunity to be part of the presentation team of rugby for Sky Sports. He would be joining other celebrity ex players like Ian Jones, Justin Marshall and Jeff Wilson. He would join the panel that presents live matches as Super Rugby or the Rugby Championship that is based out of New Zealand. END_OF_DOCUMENT_TOKEN_TO_BE_REPLACED

The Tigers started off well, but the second half was taken away from Bath. They reduced the chances for Leicester but the latter also made it difficult for Bath to secure an easy win. END_OF_DOCUMENT_TOKEN_TO_BE_REPLACED

The stunning and unanticipated victory of the team has inspired the team with the hope that they will also be able to get back on their feet. With a matchup coming up soon with Australia, the team needs to be bolstered in their confidence. Eddie Jones having become the head coach for the team is another great feat for the team. END_OF_DOCUMENT_TOKEN_TO_BE_REPLACED

The Tigers, who are fourth placed, have booked their place in the playoffs for Premiership. The rugby team cannot rest though, as the men would be taking on the Bath team in the final league that is coming up this Saturday. END_OF_DOCUMENT_TOKEN_TO_BE_REPLACED